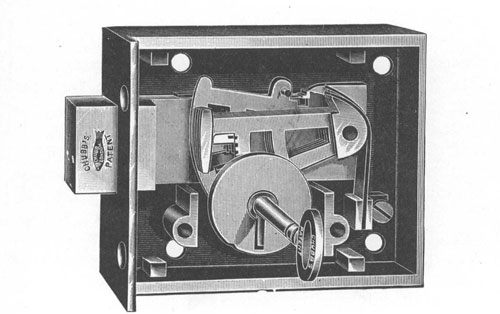 A Brief history of locksmiths

Locksmiths – a profession dating back centuries

When you call for a locksmith, such as Inta-lock Locksmiths in Leicestershire, then you receive a service from a professional skilled in all manner of locks, from digital to traditional key-based systems. But do you know the history of locksmithing? It goes back thousands of years.

The first locks are believed to have originated in ancient Egypt and Babylon, where they were used to keep goods safe from thieves on trade routes. In Roman times, locks were a status symbol – they showed that you had possessions that were valuable enough to keep safe.

The oldest known lock was found at the Palace of Khorsabad in what is now Iraq, although at the time was the Mesopotamian kingdom of Assyria, and dates back to 4000 BC. At that time, locks were made of wood, but the design was similar to that of modern-day locks. It was a pin lock system – basically, pins of varying length inside the locking mechanism would prevent the door from opening unless the proper key was inserted. The key would push the pins up so that the wooden bolt that kept the door secure could be moved out of the way.

The basic design of locks and keys then stayed relatively unchanged until the Middle Ages, when English craftsmen started to use metal to make warded locks. These are familiar – they have a keyhole with a cylinder on the far end. Inside are a series of concentric plates, or wards, that block a key from turning unless the pattern of notches on the key matched the pattern of wards. Warded locks remain in use today.

It was around this time that the term ‘locksmith’ came into use. Derived from the term blacksmith – someone who works with mental – a locksmith was someone who forged locks and keys.

As time went on, locksmiths became talented metalworkers creating beautifully designed locks – some of which can still be seen at historical sites today.

When the industrial revolution came in the 18th century, locks became more precisely engineered and more sophisticated and complex. It was during this period that some locksmiths and companies that are still famous today emerged.

For instance, in 1778, Robert Barron invented the lever tumbler lock. This lock requires the lever to be lifted to a specific height in order to unlock – lifting the lever too far is as bad as not lifting it far enough. This type of lock is still in use today.

Then, in 1817, Jeremiah Chubb won a competition run by the British Government to create a new type of lock. He invented the Chubb detector lock, which only the correct key could unlock – a lock picker tried unsuccessfully for three months to pick it – and also showed if it had been tampered with.

But arguably the most famous lock innovation came in 1843, when American Linus Yale patented his pin and tumbler lock. This relatively simply lock – not too dissimilar to the one used by the Eygptians – uses a flat grooved key with notches on the edges and is used in many a front door to this day.

It wasn’t until relatively late in the 20th century that the technology in locks started to change and electronics were used. The first electronic keycard lock was patented in 1975 and since then electric locks have uses various authentication methods, from passwords to like fingerprints. Digital keys like security tokens and RFID tags that use infrared light or sequences of ones and zeroes will open doors are now commonplace, especially with vehicles.

This has also meant the role of the locksmith has changed. Today, locksmiths are still skilled craftsmen and women, but they more often repair or install locks – or help people who are locked out of a house, vehicle or safe.